The 2013 report from the United Nations Environmental Programme found that coal burning emissions for power generation and industry account for about a quarter of global anthropological mercury emissions, equating to about 474,000 kg of mercury being dumped into the environment. This report also estimated that human activity has doubled amount of mercury in the top 100m of world’s oceans over the last century and overall environmental mercury pollution has increased 1200% since the pre-industrial period.

Research on Arctic marine animals found that on average, 90% of mercury concentrations come from human activity. It is clear that generating power with sources like coal has wide reaching implications on the health of our environment and of the human population.

In Australia, the federal environmental laws do not regulate or restrict emissions of either mercury or carbon dioxide from coal-fired power stations. As a result, the National Pollutant Inventory reported that 11,000kg of mercury was emitted in Australia by electricity generating activities in 2014/15. What goes up must come down - mercury pollution is no exception. Mercury emitted into the atmosphere will fall back down on our farms, our rivers, our oceans and our homes.

When considering the Australian Water Quality Guidelines for Fresh and Marine Waters: (ANZECC, 1992) - the safety threshold of mercury is a maximum of 0.0001 mg/L. The 11,000kg of mercury emitted by power generation in 2014/15 is enough mercury to render 44 million, Olympic sized swimming pools unsafe for use.

For the record - 44 million Olympic pools is enough pools to stretch 55 times around the circumference of the earth's surface. 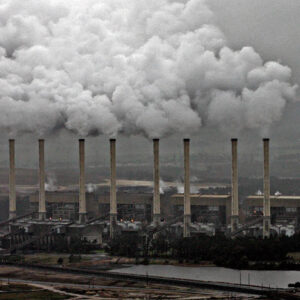 Power stations like Hazelwood and Yallourn have been some of Australia's worst polluters, contributing large amount of mercury to the atmosphere.

The power generating industry has stated in the public submissions to the government on the Minamata Convention that "requirements to retrofit Australian coal-based power stations with mercury capturing equipment would not only be very costly and unnecessary".

The submission also claims that "if Australia is forced to adopt US-based mercury emissions reduction technologies, new and existing coal-based plant would cease to be competitive". 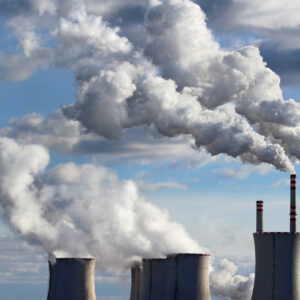 Australia's more energy progressive neighbour - New Zealand concluded that ratification of The Minamata Convention was strongly in the nation's best interests 'to protect human health and the environment'.

Any economic argument for continuing to rely on coal power in Australia is shortsighted. Aside from the obvious climate change issues, research conducted by The Massachusetts Institute of Technology concluded that reducing mercury exposure has long term benefits worth hundreds of billions of dollars by reducing medical expenses and increasing earnings from better health and reduced mercury IQ damages.

The Marsden Jacob report reached similar conclusions to MIT - estimating the benefit of Australia ratifying the Minamata Convention on Mercury and implementing some of the recommended measures as at least $207 million.

Ratification of The Minamata Convention will create pressure on industry to innovate - this will see antiquated technologies like coal become less and less competitive over time. Legislated Australian emissions standards will accelerate investment into the right places - away from coal and into large scale renewables, which luckily for us Australia has in abundance.

It is time to see the Federal Government invest in the future, not the past. Ratification of The Minamata Convention can help ensure a safer environment, and a healthier population for future generations.

Say no to mercury, say no to coal - say yes to a future of clean, renewable energy.